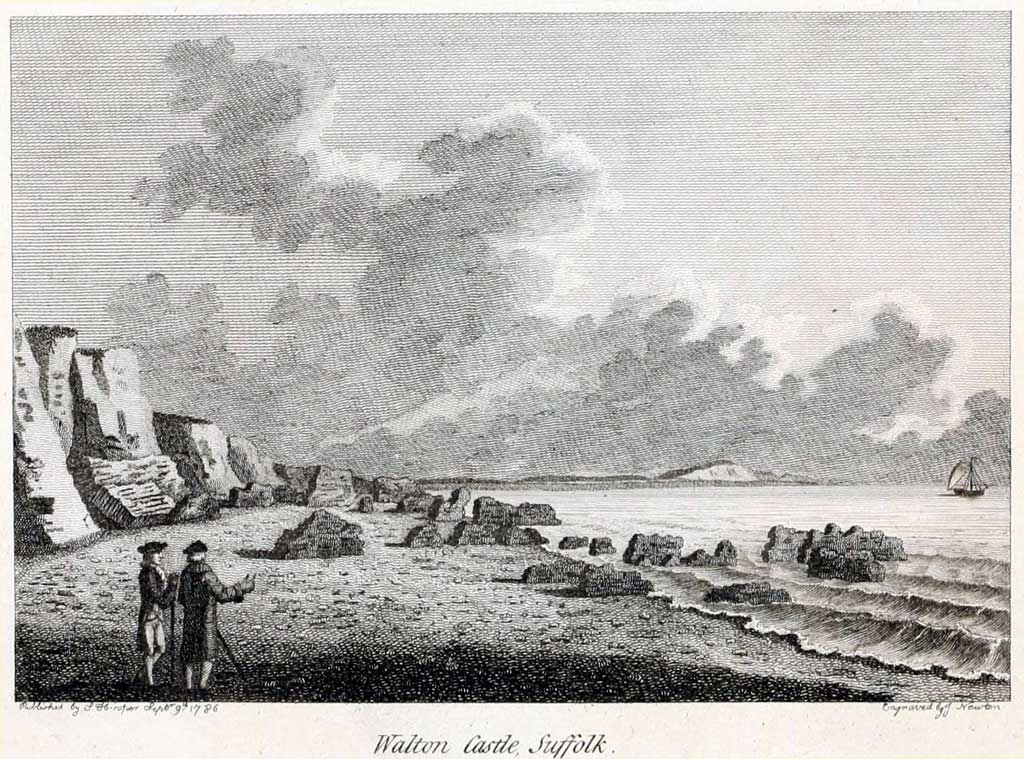 The site of the Roman Saxon Shore fort known as Walton Castle. It was probably built between AD 276-285 and stood circa 30 metres above sea level before being destroyed by sea erosion in the 18th century. Visitors to the beach, a haunt of kite-surfers, will see only the sea and the sand banks of the Deben estuary where the castle once stood.

This castle stood on the summit of a high cliff near Felixstowe, a mile from the mouth of the Woodbridge river, and near the shore. Here Holinshed says that Robert “Blanchemains,” Earl of Leicester (see LEICESTER), landed in 1173 with his army of Flemings, under the protection of Hugh Bigod, and was harboured until he proceeded to that Earl’s castle of Framlingham. Therefore when Henry II. came the next year to take his revenge he totally destroyed Walton, its very stones being distributed about the vicinity, and footpaths being paved with them. The manor was given by Edward I. to his fifth son, Thomas of Brotherton, Earl of Norfolk, and it came afterwards to the possession of the Dukes of Norfolk in the fifteenth century.

In an account written in 1740 it is said that part of the foundations of the W. wall were still to be seen, 187 feet in length and 3 yards thick ; but the sea, ever encroaching on the coast line here, has now devoured the rest of this ruin. (Castles Of England, Sir James D. Mackenzie, 1896)