The Worcestershire County Museum at Hartlebury Castle hosts temporary exhibitions, exciting events and arts & craft courses throughout the year, so there is always something new to see and do at Hartlebury.

New events for 2010 include A Country House Party and an Alice in Wonderland themed Easter, combined with old favourites like our Festival of Transport and our very popular family activities in the school holidays.

Also new for 2010 is a programme of arts & craft courses and a series of lunchtime walks & talks including guided walks around the grounds, talks on our collections and the work of museums and behind the scenes tours. at 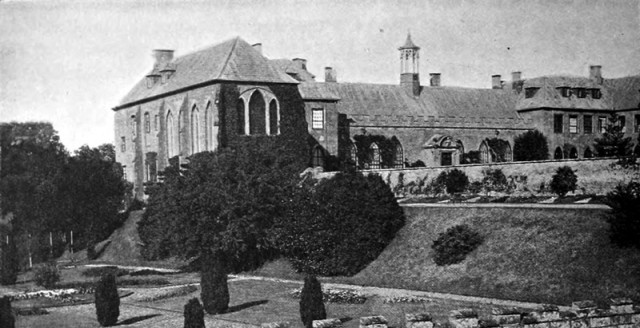 Here was the ancient castle of the Bishop of Worcester, which disappeared in the seventeenth century; the building which now stands on its site was erected by Bishop Hough, who, being president of Magdalen College, Oxford, in the reign of James II., was evicted in order to give place to a Catholic.

The manor had been granted to the See of Worcester in Saxon tines, as far back as A.D. 850, by Burthed, King of Mercia, and here the bishops had a fortified palace as their country residence, which still exists after the lapse of a thousand years. In 1268 (52 Henry III.) Bishop Godfrey Gifford obtained a licence to embattle his house and to finish his castle of Hartlebury, which was granted to him and his successors in perpetuum, June 8, 1268, the said castle having been commenced in 1255 by Bishop Walter de Cantilupe. It was protected by a moat, and was built sufficiently strong to resist any marauding attack, but no more. It had a gatehouse, which was added by Bishop Carpenter in the reign of Henry VI.

Little is recorded in history concerning this stronghold until the Civil War of Charles I., when it was held in force for the King. In May 1646, the Parliamentary troops, under Colonel Morgan, surrounded Hartlebury, the Governor being a Captain Sandys, who had there a garrison of 120 foot soldiers and 20 horse, with provisions for twelve months; he was summoned to yield the castle, and, strange to say, surrendered it after two days, without firing a shot, a large company of gentlemen and one or two ladies being taken in it. The committee in London then decided to have the castle pulled down, and they sold it, perhaps for this purpose, to Thomas Westrowe for £3133, but it is not known how the sentence was carried out, or to what extent.

Bishop Hough’s palace is a quadrangular building with a large hall and two wings, one of which includes the chapel, and was enclosed by strong walls and a gatehouse, and surrounded by a moat, part of which is now made into a garden. The building stands at the edge of the ancient park, now eighty-six acres in extent, overlooking an artificial lake in front. Queen Elizabeth rested at Hartlebury for a night, and George III. visited Bishop Hurd here on one occasion. It is said, indeed, that in 1803, during the scare which was occasioned in this country by the projected invasion of the Emperor Napoleon, his Majesty contemplated removing to Hartlebury with the Royal Family, to obtain security at this inland palace.

The good bishops of old were great patrons of the chase, and Hartlebury Park was well stocked with deer; in fact, it was only disparked in 1841. Bishop Whitgift frequently hunted both here and at Lord Cobham’s, in Kent, at which place he killed twenty bucks himself during one visit, “using greyhounds or his bow at pleasure, though he never shot well”. Reginald Brian, Bishop of Worcester, writes, in 1350, to his brother Bishop of St. David’s, who had promised him six couples of good sporting dogs, that his “heart languished for their arrival”. “Let them come [he says] O reverend father, without delay. Let my woods re-echo with the music of their cry and the cheerful notes of the horn, and let the walls of my palace be decorated with the trophies of the chase”. (Castles Of England, Sir James D. Mackenzie, 1896)